Simplicity is one of the many reasons why Pickleball is so popular. Anyone can get the hang of it! Learn these five basic rules, grab your paddle and start playing.

A Game for Everyone

The rulebook for baseball is 173 pages long. The rulebook for basketball is 196 pages. Football’s is 210. And golf, well, lets just say with over 200 pages of obscure and dense verbiage these guys take the crown for regulations. Which brings us to the wonderful world of pickleball. At 60 pages of simple and easy to follow rules, one can be an expert without difficulty. But if you can remember these 5 basic rules, you really will know everything you need to have fun.

1. Scoring
Most games are to 11 with a few tournaments playing to 15 or 21. A match is usually the first to win two games. You win a point on your serve only. You must win by 2. You are awarded a point if your competition hits the ball out of bounds or into the net or if they violate the rules of the Non-Volley Zone (NVZ) aka the “Kitchen” (see below.) The server announces the score and includes at the end if they are the first or second server.

2. Serving
This may be the most complicated part of pickleball. The server hits the ball underhanded from below their waist without bouncing it. The ball must land in the box beyond the NVZ on the opposite side of the court diagonal from where the server starts the point. All the lines are in other than the one bordering the Non-Volley Zone. The server keeps on serving as long as they win points alternating sides of their court.

In doubles if the server misses the box, then their partner takes over serving as long as they win points. This is true except with the first serve of a game. When they fail to win a point, there is no second server and it goes over to the other team. 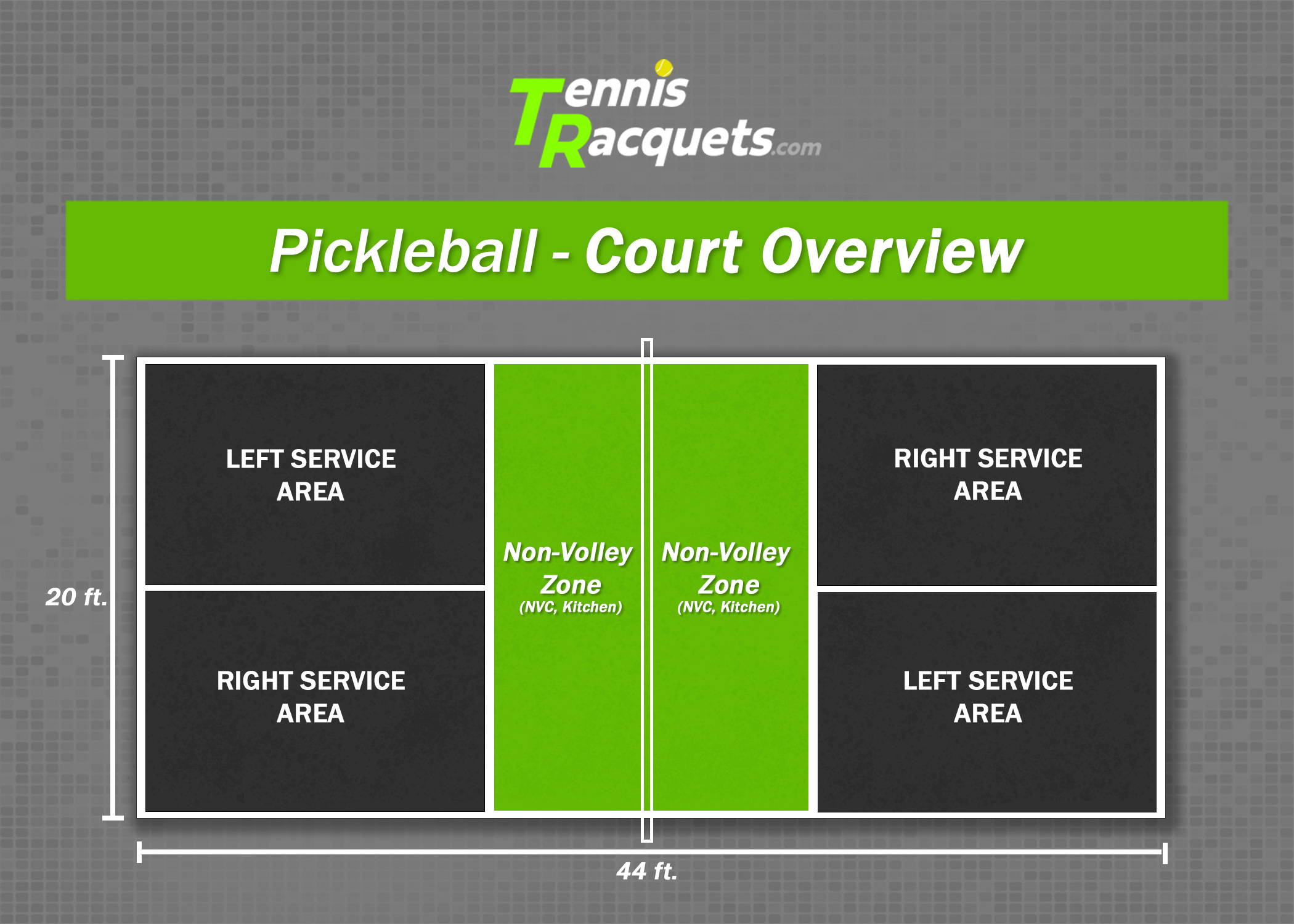 3. The Double Bounce Rule
The serve and the service return must both be allowed to hit the ground before any volleys are hit by either side.

4. The Non-Volley Zone (Kitchen)
Players are allowed into the NVZ but they can never volley the ball from there. They can’t have any part of their body in the NVZ. They can’t touch the line even with one foot and if they hit a volley from outside the NVZ, their momentum from that shot cannot carry them into the NVZ. A violation means that side has lost the point.

No, really - that’s about it. If you are playing with an approved paddle and approved ball you are ready to get out and have fun playing pickleball!

Ready to get started with Pickleball?