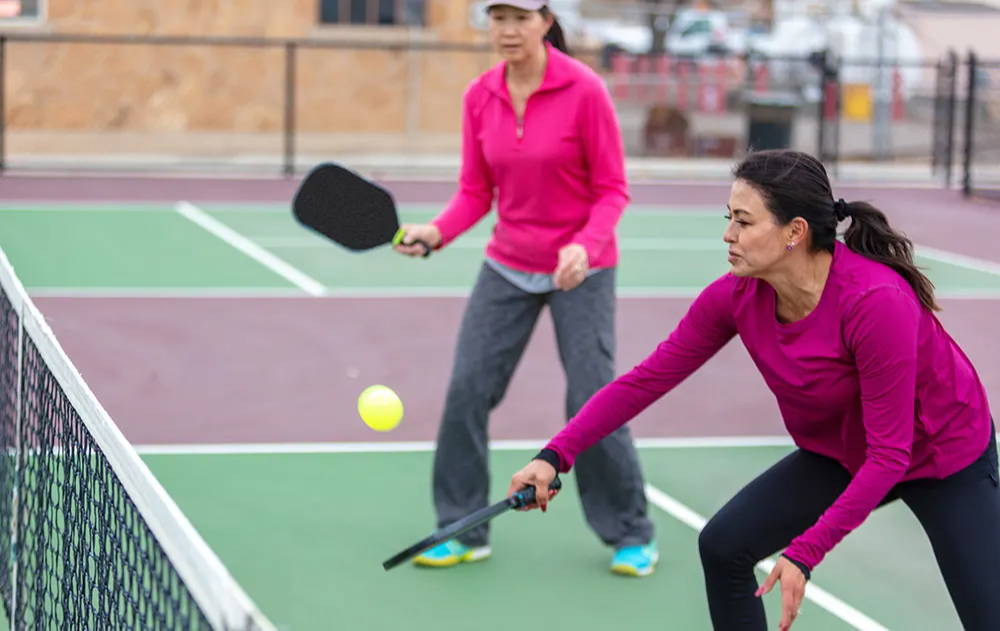 You are new to pickleball or even just getting on the court for the first time. When beginners are looking for pickleball tips and asking how do I get better at pickleball fast, the answers can be simple. Or maybe not! Maybe you've played tennis. Maybe racquetball is in your sports resume. Or ping pong. Or some other racquet sport. Read on for pickleball pointers. This is a game that is easy to learn.

1. Hit the Ball with Consistency

Some beginners want to hit the ball hard. All the time. They think a shot hit hard will win points. And yes, sometimes hitting the ball with pace is the right strategy.

However in pickleball, if you control your shots and keep them in play and let your opponents make mistakes, you will win more and sooner. Power is good but winning the game is better.

With a partner and two opponents constantly hitting balls, it is easy to lose track of where it is any given second. But if you keep the ball constantly in your focus you have a shot at hitting every ball.

If you get the ball up where the opponents can crush your shot, your partner will be ducking for cover no matter her position on the court. Not a good strategy for a pickleball game.

Eventually you will learn to hit top spin from the forehand, backhand, and serves and from all over the court. This will give you an advantage of a pickleball shot with both power and control.

Tennis players may want to take huge swings with the paddle. Racquetball players will want to use too much wrist. Both will be wrong.

To play the game of pickleball well, you will want to keep the ball in front of you using your eyes to watch the ball all over the court. Position yourself to see the ball at all times.

Many players make the mistake of not using their legs in making shots. The entire body, not just the arm, should be engaged..

The key to playing smooth shots is in the preparation. Your play should anticipate having to hit every shot in every rally.

The ready position for pickleball has the paddle pointed at your opponents with it pointing upward at a 45 degree angle. This ready position will allow shifting from forehand to backhand quickly and easily - even playing a volley.

3. Get to the Kitchen Quick

The kitchen line is there for a reason: it is the ideal post from which to win points. (OK, it's here to mark the non volley zone in reality - but you understand the point.)

It may be tempting to hang out at the baseline especially after the return of serve. But a pickleball team who wants a shot at winning the game resists this temptation.

Pickleball points are won by being in position to hit a dink, drop shot, or a volley. A cross court shot is easier from the kitchen line too. A lob, even deep into the court, will not win many points.

If you learn to hit these 4 standard shots you will drive your opponents bonkers and win plenty of games:

Get Your Serve In

Getting the ball in play is how you start the point. Hitting the serve out gives the opponent a freebie they did not earn.

A reliable serve, even if not spectacular, gives your partner confidence in you. Moreover, if your opponents struggle with the return of serve, you may find yourself winning points off this shot.

Sooner or later you will learn the dink. It might as well be sooner! This is a ball placed softly into the opponent's kitchen.

A dink will force your opponents to move forward, possibly hitting a ball high enough for you or your partner to smash for a winner. In pickleball, this strategy is a proven winner.

The dink can be hit cross court taking advantage of the lower middle of the net or hit down the line. The dink is also the logical shot to hit when your opponent hits a dink at you or your partner.

A third shot drop shot is also effective if the opponent stays back after a return of serve. If dropped just over the net into the non volley zone, your opponents are forced to move, opening up space for your partner to volley for a winner.

If your opponents make the error of popping the ball up for you or your partner, it is time to go for it. Pound this one hard to an open space and play offensive pickleball.

Your partner is your best friend if he has a dynamic volley. Playing the volley aggressively will give you authority over the net.

The game of pickleball usually involves playing with a doubles partner. These three tips will help you play like a tournament hardened vet with a real advantage over your opponent:

If one opponent has a weak backhand, make him execute that shot. If her forehand from the baseline results in a lob, this kind of forehand shot should put you on the offensive for that point.

A good team will know when to charge the net (most of the time) and when to drive the ball down the middle. Players who don't move well have partners who can hit the ball all over the court.

Give each other tips about what you see. If they don't like balls at the body or at their feet (common problems) make sure your partner sees that so the next time the opportunity arises she can return to trying that same shot.

Call off your partner if he is going to attempt a shot on a ball heading out. Call the near line shots on the serve and deep balls.

Pickleball is a fast game at times and during a point it can be hard to communicate. But players will sometimes collide on shots down the middle so keep talking during play to avoid losing a point due to a collision.

Want to get better? Playing more is the surest way to get more confident at the net, drive shots down the line, execute serves that drive opponents nuts, make good, deep returns and win more games.

Players can pick up tips from partners, opponents, and video. But there is no more fun way to get better than by playing more pickleball games.

And pickleball is a fun game too! Look for a tournament to sharpen your skills as it is a great way to meet more players just like you. 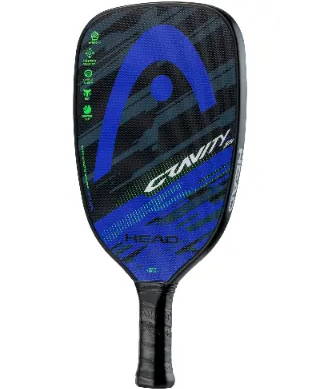 7. Get the Right Pickleball Paddle

Tips for finding the right paddle can be found in our Learning Center or by talking to our super friendly customer service staff. We love to answer questions and help you improve your game.

Tennisracquets.com is your one stop shop for a paddle, balls and apparel. Don't forget to get a great pair of pickleball shoes too.

Pickleball is a game made for players of all ages and abilities. If you learn these few main tips you will soon get better!

Getting Started With Pickleball