What’s the Difference Between Racquetball and Pickleball?

All sports ebb and flow as to popularity. At one time, indoor racquetball was the hottest racquet sport around and clubs were built just for that sport. Now pickleball is enjoying a surge in interest all over the country. New groups are coming into the game. People who used to play tennis or other sports are finding pickleball to be an interesting game to play even at ages when other sports are not realistic.

While the two sports are really quite different, there are similarities. Let's start with those.

Skills
Both sports are more easily played than tennis. The smaller scale in both the court and relatively smaller sized hitting instrument make both of these easier to learn and play than tennis. Quality of play is enhanced in both activities with good eye to hand coordination as is the ability to react quickly to the ball, although the racquetball can be hit to move much faster than the pickleball.

The Court
The courts for both are relatively similar in size. They are the same width and the pickleball court is only four feet longer than the other. Both can be played indoors or out. However, outdoor racquetball is relatively rare, and courts are very hard to find. (The rest of this article will not discuss outdoor racquetball.)

Muscle Groups Used
Both rely on arm and wrist strength to drive the ball. The lower body is actively engaged in both games but because pickleball requires much less body movement, strong legs are not as important. However, strong legs help drive shot making in both.

Equipment
A ball is used in both but there are significant differences between shape, size, material used in construction, and speed. The racquetball is a hollow rubber ball that can be hit at high speeds. The pickleball ball is hard, hollow plastic with holes and is much larger in diameter and usually is different indoors than outdoors. 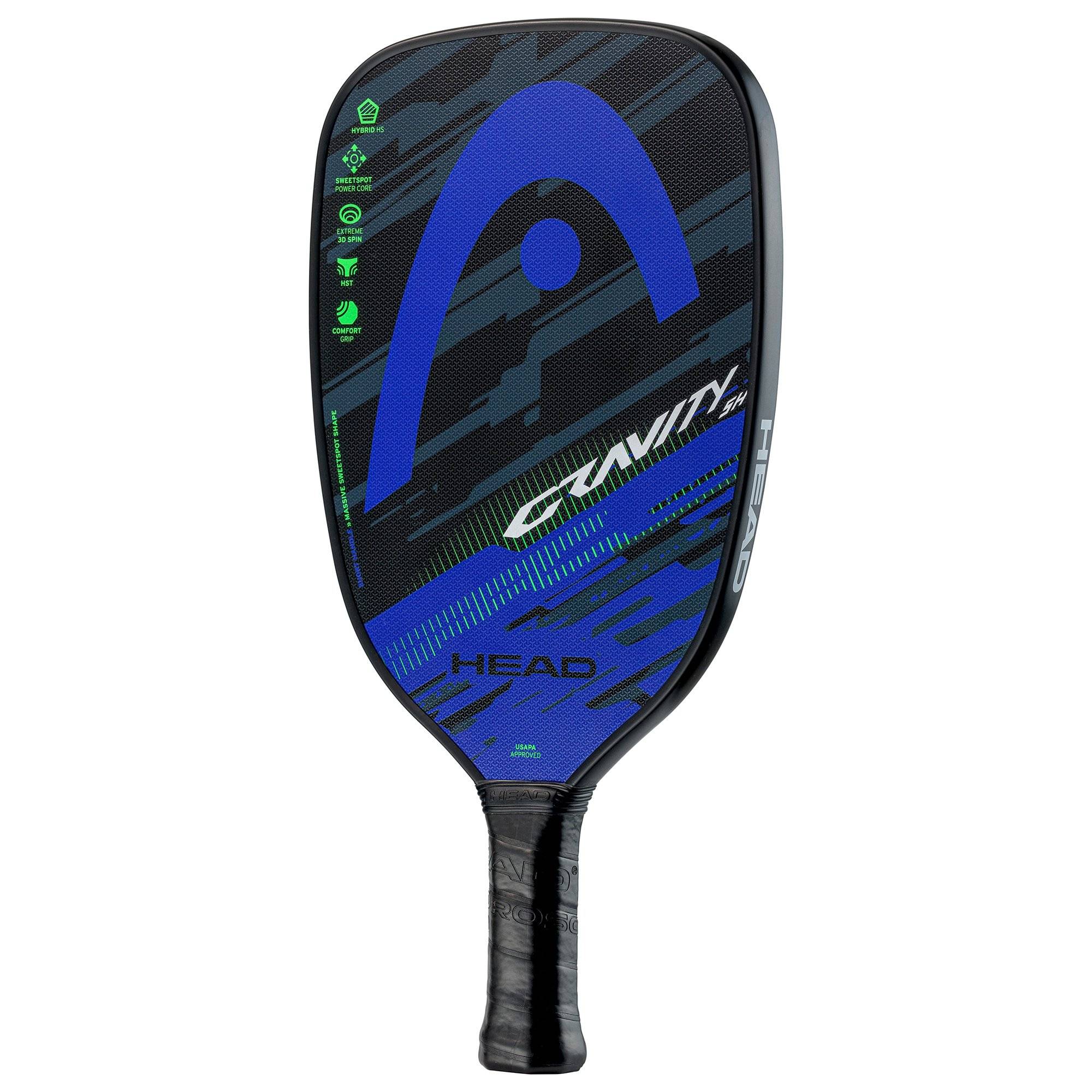 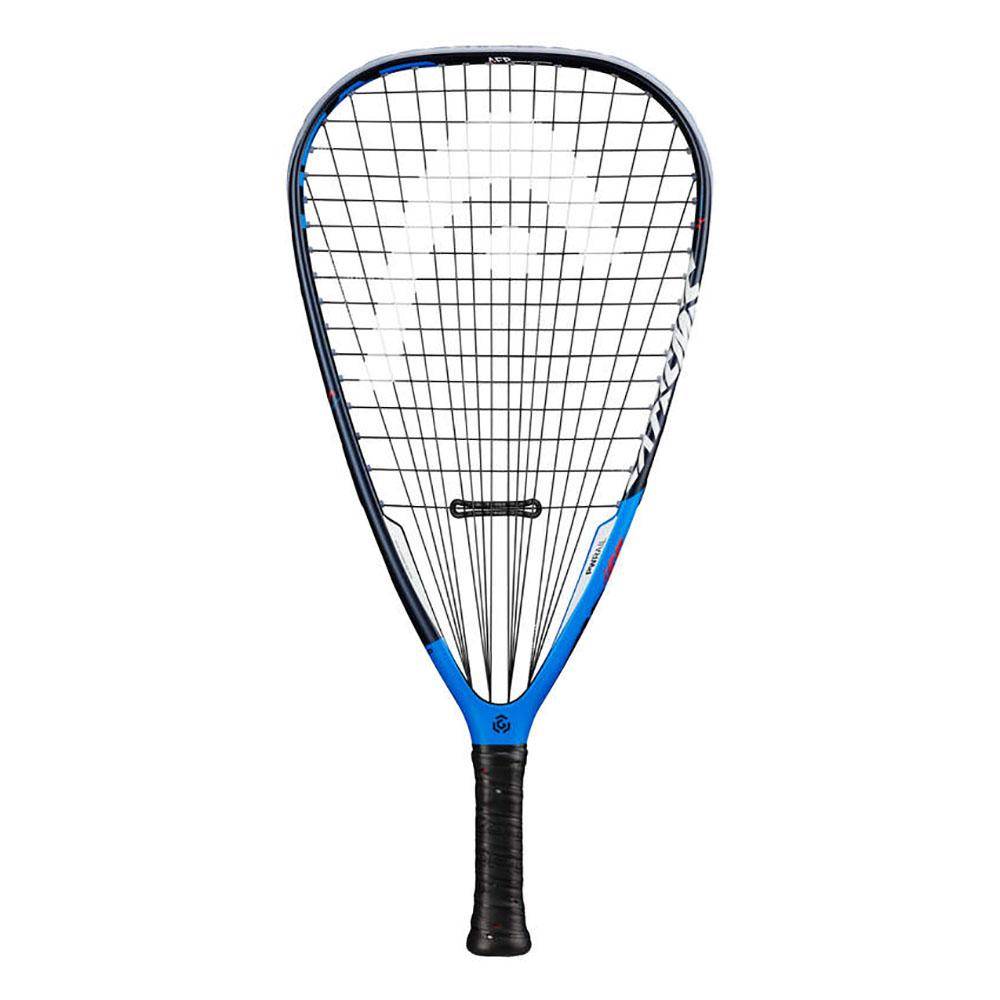 Neither sport requires specialized shoes. However, players of either will benefit from wearing court shoes as opposed to running or basketball. Specialized shoes, while not required, will benefit play by enhancing lateral movement and stopping and starting.

Players
In both games, it can be played by two (singles) or four (doubles.) Racquetball can be played with three (cut throat) an option not really available (but possible) in pickleball.

Scoring
Only servers can win points in both and both play games that usually end with the first to 11 and ahead by two. Tournaments may have different game scores to win.

The reality is, however, that these games are really quite different. Among the most significant differences are:

The Walls (including the ceiling)
In racquetball, the walls serve as both the boundary and as important strategic pieces in scoring points. Balls that pass you by, can be played off the back wall. With pickleball, the boundaries are lines. The walls are an integral part of racquetball and used to hit angle shots and passing shots.

Net
In pickleball the net must be cleared with every shot to win points. In racquetball, not only is there no net, but points are often won by driving the ball down and into the corner. This difference in hitting shots down as opposed to up and over a net is the single most valuable shot and hard for tennis and pickleball players to adjust to.

Is Racquetball Good Exercise?
No doubt about it. Players must move quickly from side to side and front to back often several times within a single point. The process of hitting a shot is usually much more vigorous requiring greater strength to be effective.

Is Pickleball Good Exercise?
It can be. While the amount of space to cover is less than other racquet sports, pickleball does require players to be on their feet and moving around. Many shots however are either dinks or drops which are not physically demanding shots, however, the length of rallys is such that they can go for many strokes before the point is won. Many points are won through finesse and not through power.

Equipment
The pickleball paddle is much smaller than racquets used in racquetball or tennis. It is also lighter and has a solid face. Spin is tougher to generate. Materials and manufacturing methods are very different. While a pickleball paddle does not have strings, the solid face if damaged, dented or cracked means it must be replaced in its entirety. The surface becomes worn after significant usage requiring replacement of the paddle. Like tennis, racquetball racquets can be restrung and usually must be restrung periodically to be effective.

The Non-Volley Zone
In pickleball the areas closest to the net are available to the players except for hitting volleys. No comparable restriction is in place in racquetball. In addition, serves may not be hit in this area.

Two Bounce Rule
Only in pickleball the serve and the return of serve cannot be hit before they bounce. This very important rule significantly impacts play.

Both sports enjoy legions of enthusiastic players. Look to tennisracquets.com to equip you for these exciting and fun activities. 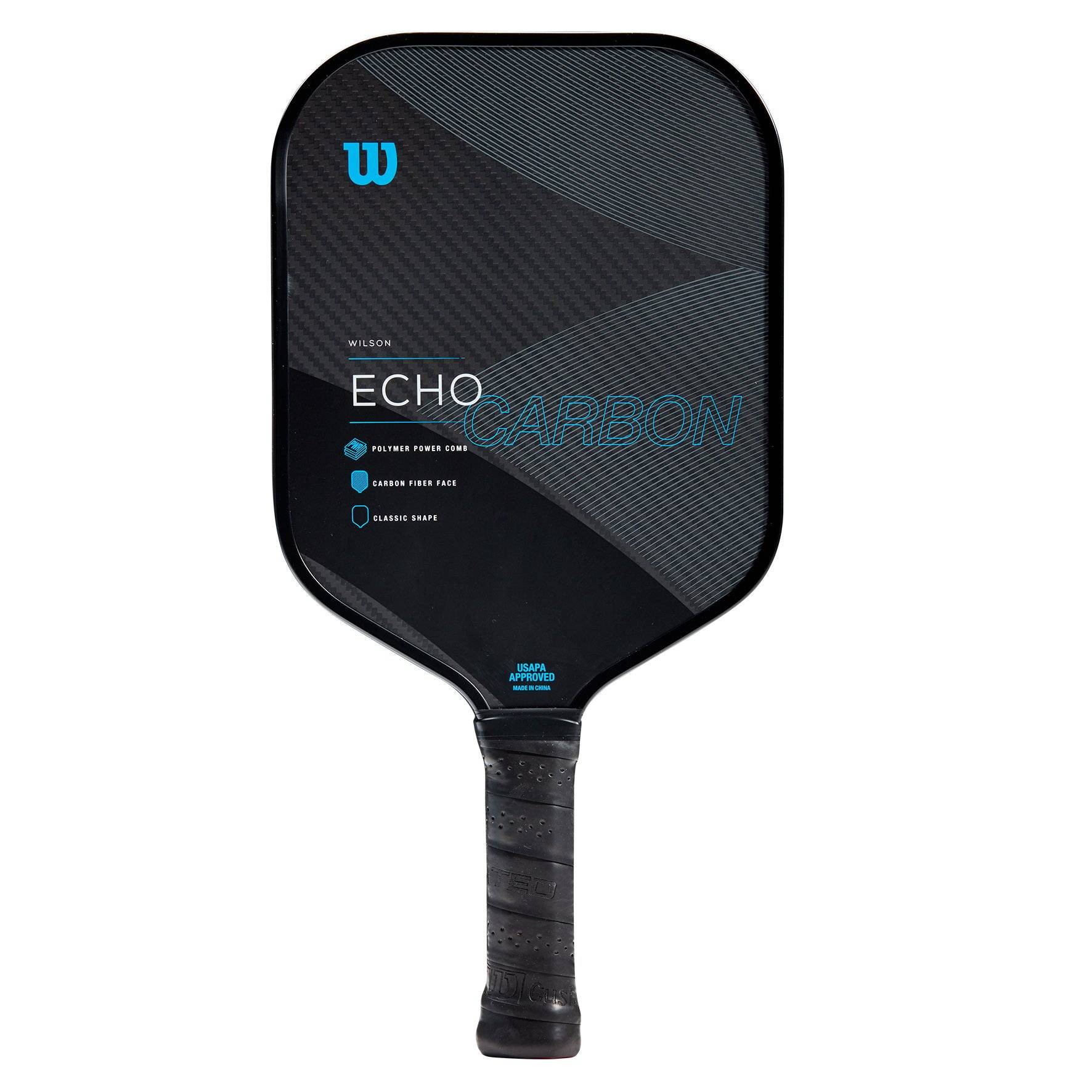 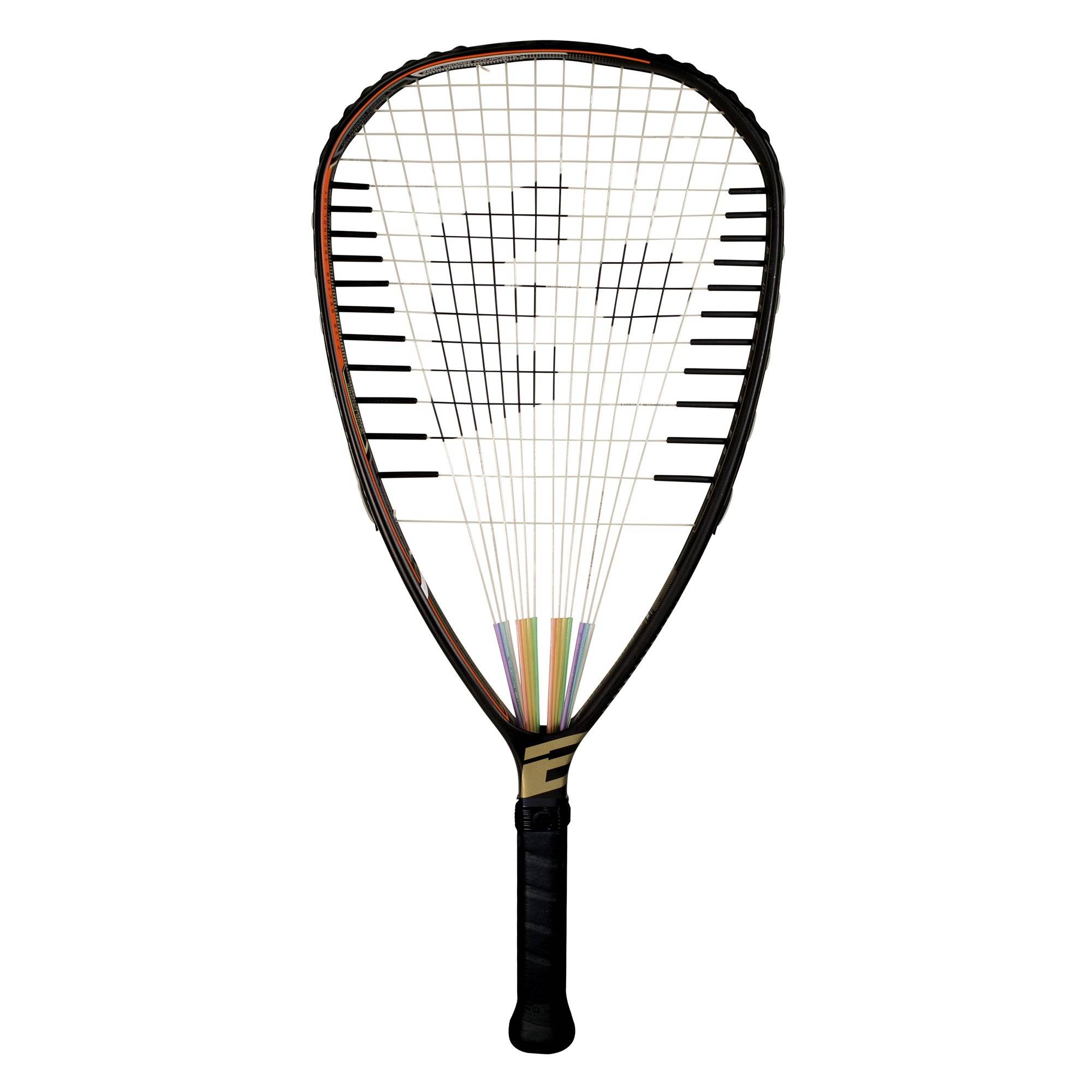